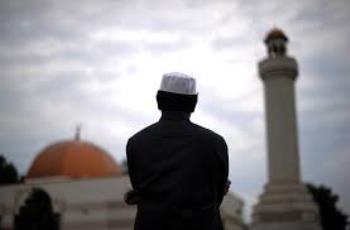 Ceto is an Imam working in a mosque in Ivory Coast.
This Muslim leader contacted us after watching the program “The influence of friends in relationships” and was touched by the message he heard.

“Through the episode, I was confronted with the wickedness of the human heart: unfaithfulness, dishonesty and deceit. People are willing to do anything to achieve their own goals, especially the bad ones.”

The program unmasked the consequences of these behaviours. Anger, broken relationships, humiliation and rejection.

“I have been watching your films at RTI1 for some time, and I am very happy. A few days ago, I bought a Bible in Arabic. I want to study it to learn about Issa (Jesus) and his teachings. I will use the advice you give in your films to advise my Muslim brothers.
Since I learned that your movies are broadcasted Saturday and Sunday afternoon, I have been able to watch many of them. I would like to have copies of some of the programs so I can show them in the mosque where I work.
Once again, thank you for the work you do.”

Do you still believe in miracles? God is transforming lives through your generosity.