Christian films for Children in Pakistan 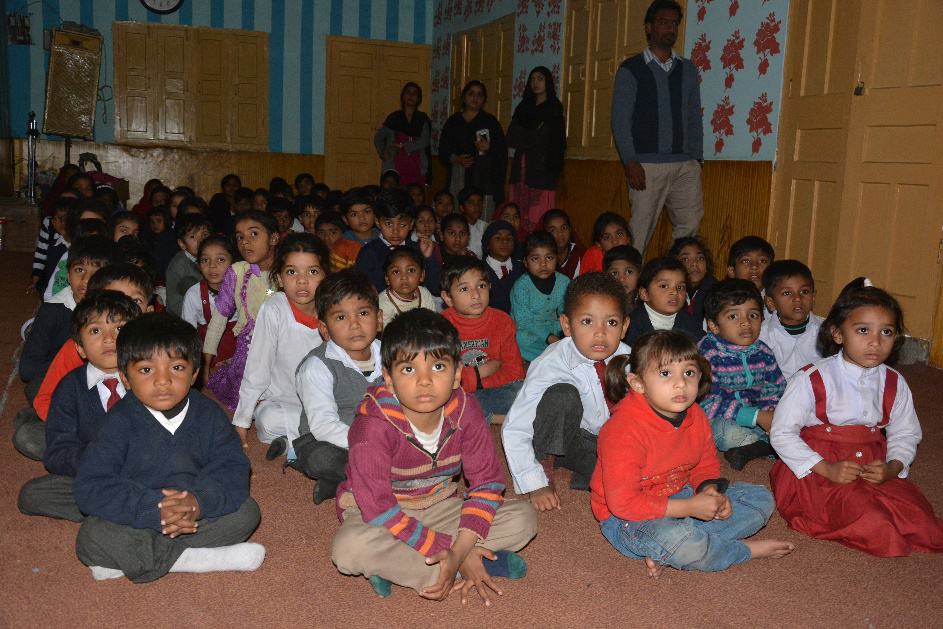 Throughout the beginning of this year, our partner in Pakistan has organized film showings in various rural villages in Pakistan using five different film productions.  The films being shown throughout the tour, present the gospel in a playful and childlike manner. Over 350 children have watched these films. Three of the five films have even been shown in elementary schools while the other twee were shown at Sunday school gatherings.  Read more here

While watching these films, the children learned two songs with accompanying hand motions about the parables Jesus told. Children remain a very important target group to which we can share the gospel. Children are generally excellent at learning and retaining information. Their enthusiasm is contagious and they often share what they have seen and heard with their family and friends.

“ It was wonderful working with these children. They are our future!” shared a Children’s ministry worker in Pakistan.

In 2016 our partner’s film team completed a tour with 98 film showings, individuals from over 124 villages attended.

The showings took place in public areas, accessible for everyone. School, churches, village squares etc. An estimated total of about 12,000 people attended. We are so thankful for Gods blessing in reaching so many lives.

Longing for peace and unconditional love

In Pakistan it is not normal to be a Christian. Ignorance and illiteracy  has contributed to a rise in the Islamization of society. Regardless of the fear for an attack or threats, millions of individuals are longing for the message of peace and unconditional love. 3xM is spreading this message by showing Christian films in the rural areas of Pakistan. The showings are very popular. Many individuals in these areas of Pakistan are illiterate, but the beauty of film is that a message can be communicated without any form of literacy. The 3xM productions being shared are for this group in particular a unique opportunity to hear about Jesus and his love for them!